Celebrating the First CNO in Nigeria

Celebrating the First CNO in Nigeria

Was a Nigerian-born nurse who is regarded as the first black nurse to work in Britain's National Health Service. She subsequently became vice-president of the International Council of Nurses and the first black Chief Nursing Officer of Nigeria, working in the Federal Ministry of Health.

Pratt, who was born to a prominent Nigerian family, studied to be a teacher at the United Missionary College in Ibadan, after her father discouraged her from her wish to be a nurse. From 1936 to 1940 she taught at a Church Missionary Society girls' school in Nigeria.

She subsequently married to an Englishman, Dr. E. S. O. Pratt, and, after moving to England in 1946, studied nursing at the Nightingale School at St Thomas' Hospital, in London, qualifying as a State Registered Nurse in 1950. It was unusual for a married woman to be allowed to take up nursing at that time.

During her time in London, she was active in the West African Students' Union, an association of students from various West African countries who were studying in the United Kingdom, and which, in 1942, had called for the independence of Britain's West African colonies.

Pratt returned to Nigeria in 1954. She was appointed Matron of the University College Hospital in Ibadan within ten years, being the first Nigerian to hold that position. She was Commissioner of Health for Lagos in the 1970s.
In 1973 she was awarded the Florence Nightingale Medal by the International Committee of the
She was described by Prof.Justus Akinsaya as The Africa Florence Nightingale
Red Cross. The citation described her as a:
State Registered Nurse and Midwife. Certificate in Tropical Nursing. Teachers Diploma. Hospital Nursing Administration Certificate. Chief Nursing Officer, Federal Ministry of Health, Lagos.

The award was presented to her by the President of the Nigerian Red Cross Society, Sir Adetokunbo Ademola, on 21 December 1973.

In 1979 she was made an honorary fellow of the Royal College of Nursing. 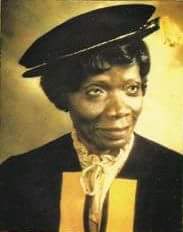 Re: Celebrating the First CNO in Nigeria


Source : Mary seacole information
Happy nurses week to all
Nigerian Nurses lighting up the world one candle at a time.
Top

Users browsing this forum: No registered users and 20 guests