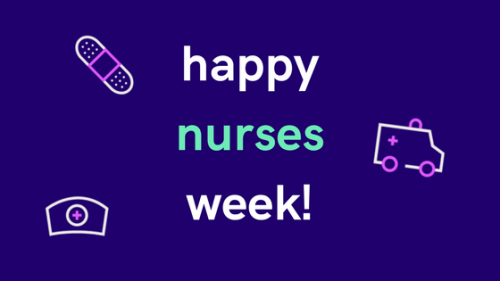 The heart and soul of Nursing is, caring for the person,preventing injury, promoting wellness, restoring independence and Nursing to peaceful death(in terminal cases and end of life) .

Nurses are strong advocates of safe, quality care for persons in their care. The gentle touch, the soothing voice, the compassionate demeanour with the cutest smiles.

The silent sobs and aching heart(when you lose a patient) but still carry on dispensing compassionate care like you aren't hurt.

The tired legs, achy body, holding on for hours on the pee, missing on family holidays, dinners, special events all for the people you care for.

I salute every Nurse for all of the sacrifices and invaluable care you dispense when people are at their lowest and most vulnerable.

For the hands you held(may be all that matter at that time), for the silent tears you shed, for being strong and reassuring, for giving all of you.... I say thank you.

For the numerous sacrifices, for choosing and staying defiantly on this path, for being who you are even when you are less appreciated or recognised...

I want you all Nurses to know this... You are the CENTRE that hold all the pieces together.

Nursing is nuturing...from cradle to grave. The heartbeat of healthcare.

Happy Celebration to all Nurses.

Rahmat Adenuga 2019.
Nigerian Nurses lighting up the world one candle at a time.
Top

To the nurses of the world:

Happy International Nurses Day, a day that we dedicate to YOU!

Thank you for working round the clock to fight the COVID- pandemic.

Thank you for the difference you are making, every day and everywhere.
Nigerian Nurses lighting up the world one candle at a time.
Top

https://twitter.com/SusanMastersRCN/sta ... 52960?s=20
Nigerian Nurses lighting up the world one candle at a time.
Top

Material is just one of the most current sufferer in a collection of high-profile closures. In the last years, the variety of bars has almost halved. However vindictive policy isn't the situs judi slot just element: gentrification provides one more progressively major risk to the financial practicality of bars, with increasing residential or commercial home worths increasing rents.

Yet handling an expanding worldwide city at evening likewise has a lot to finish with solution arrangement, facilities versatility, social sensibility and metropolitan security. As agen bola terpercaya the Higher London Authority (GLA) itself confesses, need for night-time take a trip is increasing, with late evening tube use is enhancing at dual the price of daytime journeys (over 170% because 2000).

While the mayor's workplace and the GLA might have appear on behalf of London's night life and nocturnal society, they'll have to function together with Lamé towards mesin slot terpercaya structure a much wider agreement. For circumstances, licensing drops within the territory of London's boroughs, so regional councillors will have to be brought aboard. Safeguarding night life locations needs bringing varied, and in some cases aggressive, celebrations to the table. Appointing an evening czar is a begin – however it might take greater than that to support London's night life.
Top

From the Proms to Glastonbury, the UK's songs has constantly been as plainly characterised by online songs as successful recordings and celebrity bios. The abundant background agen togel terpercaya of our music areas illuminates the development of a range of music designs and their social contexts.

We don't believe this type of agen togel indonesia dance could do us any type of great. All the same, there are risks which could outcome in difficulty and damages to residential or commercial home. We have experience of what could occurs when this shake ‘n' roll occurs.

However by the mid 1960s, obviously, shake was securely developed throughout the nation as impressarios took it right into theatres and cinemas. By completion of the years, Pink Floyd had played at the Queen Elizabeth Hall and the Rolling Rocks had organized a well known show in Hyde Park. From London's Marquee to Liverpool's Cavern, a lot of the locations of that age ended up being as renowned as the acts that played them. The trainee union circuit ended up being a seedbed for a generation of promoters, such as Harvey Goldsmith, and the website of famous jobs, exemplified by The Who's Online at Leeds in 1970.
Top

Users browsing this forum: No registered users and 33 guests