In Consonance with Article xiii, xxiv (a) and xxiii (j) of NANNM constitution I have the honour and privilege to notify you, State Councils and indeed the entire Nurses and Midwives of Nigeria that elections into the State Administrative Councils in all the 36 States including the Federal Capital Territory, Abuja is hereby announced to take place between October and November 2015 on the dates to be communicated to you by the National Secretariat very soon.

This timely notice is intended to give you ample opportunity to;
As usual, the following posts constitute the state adminstrative Council (SAC) and are to be contested for by eligible aspirants.
1. State Chairman
2. State Vice Chairman
3. State Treasurer
4. State Financial Secretary
5. State Auditor I & II
6. State Public Relations Officers(PRO)

The conduct of State election shall strictly be in compliance with the provision of NANNM constitution and the electoral guideliness. Therefore, arrangements should be geared to holding the conference in three phases.

PHASE I
The official opening ceremony to which invited dignitaries from the various employers of Nurses and Midwives, other sister trade unions and friends of Association were to attend. The outgoing State Chairman shall present an address title "My Stewardship" giving detail account for the period of his/her leadership/tenure.

PHASE II
The second phase shall strictly be a plenary session for accredited state delegates with Heads of Nursing Services National Officers from the State, electoral team and observaers which shall be at the discretion of the returning officer assisted by other electoral team members.
(i) The State Secretary shall present a secretariat report title "The Journey so far"
(ii) The State Treasurer shall also present financial report for the period of four years stating clearly income received from the various employers (sources) of nurses and midwives in the State, on monthly basis throughout the period of the tenure, preferably in tabular form. The report should clearly state the 50% monthly remittance to National Headquaters as well as the 20% to the unit branches for documentation and necessary action.
(iii) The Internal State Auditors shall present an audited report for the period of the tenure (4 years) highlighting the strength and the weakness of the outgoing executives to the delegates in-session.

The financial report presented by the treasurer and the auditor's report should be discussed by the state delegates exhaustively about it.

The electoral guide line will be sent to you very soon.

This is an opportunity to make a difference by being a participant rather than an onlooker. Participate actively in the electoral process,don't be left out! 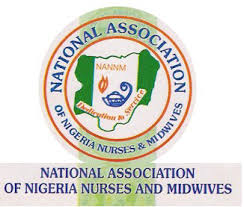 Come October 2015; Nurses Must Vote for Change BY Jude Chiedu

In Consonance with Article xiii, xxiv (a) and xxiii (j) of the National Association of Nigeria Nurses And Midwives (NANNM) constitution, elections into NANNM State Administrative Councils in all the 36 States including the Federal Capital Territory, Abuja would be holding between October and November 2015.

This election process gives all of us the opportunity for sober reflection at where we are and can be as professionals. This golden opportunity begs the question "Has my state NANNM chairman and his/her exco done enough to continue for a second term. Who deserves to be the next NANNM Chairman?

This is the time to demand accountability from Nurses who have been in office and probably seeking re-election.
Scrutinizing the manifestos of your current state NANNM chairman and identifying promises unkempt should form the basis for voting them out. Yardsticks to evaluate our leaders abound; for example, How vocal has your NANNM state leadership been on the issue of internship, How have they lent their voice to the issue of quackery in the profession....
Nigerian Nurses lighting up the world one candle at a time.
Top

Users browsing this forum: No registered users and 19 guests