Is the emergency contraceptive pill safe?

Is the emergency contraceptive pill safe?

Take 2 pills within 120 hours after unprotected sex. This 2-pill dose contains 1.5 mg of levonorgestrel. (In some countries, a 1-pill formulation is available under the brand name Postinor 1 or Postinor2 Unidosis, and a single pill contains 1.5 mg of levonorgestrel.)
Postinor,is a specifically packaged emergency contraception. It is available to anyone over the counter without a prescription or age restrictions.

Postinor 1 or Postinor2 can be taken up to 120 hours after sex. It is taken as one tablet in one dose.

An IUD can be inserted to prevent pregnancy within five to seven days after unprotected intercourse.

How Effective Is Emergency Contraception?
If Postinor 1 or Postinor2 is taken as directed after unprotected sex, it will decrease the chances of a pregnancy occurring. About 7 out of every 8 women who would have gotten pregnant do not become pregnant.

In two reported studies, Postinor 1 or Postinor2 significantly reduced the pregnancy rate from an expected rate of 5.5% and 5.6% to 2.2% and 1.9%, respectively. In a pooled analysis of the data, the effectiveness did not fade for 120 hours after unprotected sex.

An IUD can be up to 99% effective when inserted within 5 to 7 days after unprotected intercourse.

The emergency contraceptive pill is safe though it can cause mild side-effects, but these are uncommon and they tend to wear off quickly. Possible side effects include:

Nausea.
Headache.
Abdominal pain.
Sickness.
Slight changes to your menstrual cycle, which may mean that your next period is slightly earlier or later than usual.
If you are sick within a short period of time after taking the pill it may be necessary for you to have another one, but always ask your GP or pharmacist for advice.

Where Can I Get Emergency Contraception?
Emergency contraceptive pills (ECPs) are available at Planned Parenthood; college, public, and women's health centers; private doctors; and some hospital emergency rooms.

Some doctors will prescribe ECPs over the phone and call the prescription in to a pharmacy. As mentioned above, Postinor 1 or Postinor2 is available at pharmacies without a prescription.

Postinor-2 is an emergency contraceptive only. Postinor-2 is not intended as a regular method of contraception. It is used to prevent pregnancy when taken within 72 hours of unprotected intercourse.

SIDE EFFECTS
Tell your doctor or pharmacist as soon as possible if you do not feel well after you take Postinor-2. All medicines have side effects. Often they are not serious but sometimes they can be. You may need medical treatment if you get some side effects.

Do not be alarmed by this list of possible side effects. You may not experience any of them.

Common side effects are tiredness, nausea and vomiting. Some patients have also experienced stomach pain, diarrhoea, dizziness, headache, tender breasts, increased vaginal bleeding and skin reactions.
Other side effects not listed above may also occur in some patients. Tell your doctor or pharmacist if you notice anything that is making you feel unwell.

AFTER USING POSTINOR-2
If you do not get your period within 3 weeks of taking the tablets you must see your doctor, as you may be pregnant. If Postinor-2 does not work, you could be pregnant. Your doctor will order a pregnancy test. If stomach pain is severe you should see your doctor immediately as on rare occasions a tubal pregnancy could occur.

Postinor-2 is only intended as an emergency measure. If you have not already done so you should discuss with your doctor other methods of long term contraception.

You should not breast feed within three days after taking Postinor-2.
Human dignity, compassion, dedication, integrity, leadership & excellence. I love my job
Top

Postinor 2 is a medication to prevent pregnancy if you shine the sperm into the ovary, whether intentional or not. It can prevent pregnancy 95% in the first 24 hours after intercourse, it is used as a form of emergency contraception (more commonly known as a morning after pill). Postinor-2 is formulated to function in a manner similar to the female hormone progesterone allowing for prevention of pregnancy if taken within a reasonable period of time. Generally, it is recommended that Postinor-2 be taken no later than three days after having unprotected se x.

EFFECTS OF POSTINOR 2 The manufacturer of the emergency contraceptive offers the efficiency of the pill when it is taken as directed. Logically, the longer the interval between unprotected sex and taking the pill, the decrease in how effective it will be. It is estimated that Postinor-2 will prevent 85% of expected pregnancies. 95% of expected pregnancies will be prevented if taken within the first 24 hours. 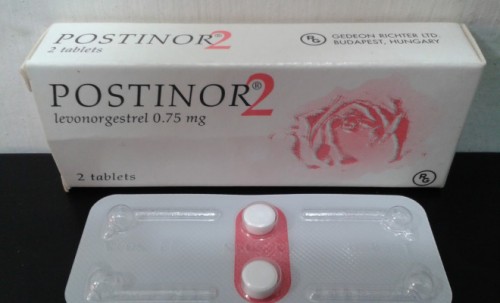 ALL OF THOSE STATEMENTS ARE LIES.

Postinor2 only prevents a pregnancy.
It does NOT damage womb in any way.

However in some women, Postinor2 can affect menstrual dates and make it haphazard. That’s why it is advised NOT to use it more than once in a month.

But this side effect corrects itself in the next few months automatically once you stop using it.

And that is NOT “womb damage”.

Let’s stop the whole scaremongering and arrant lies about this medication.

It is silly and counterproductive.

When we scare young women with lies on a medication that prevents pregnancy, they will not take it, and when they get pregnant they will resort to unsafe abortions.

The many unsafe abortions has killed many young women in Nigeria. Is that what we really want?

The same people propagating all these nonsense lies about Postinor2 would mock young women when they get pregnant from believing the trash.

Please, it’s ALL lies. And nothing more.

If you need help or advice on forms of regular contraception, go to a health centre or a general hospital around you, ask for the Family Planning Clinic.

Sit down with the nurse/doctor.
They will rightly guide you on what’s best for you.

Nigerian Nurses lighting up the world one candle at a time.
Top
Post Reply Previous topicNext topic
5 posts • Page 1 of 1