Let me tell you why I hate nurses, but love Nursing. Let me tell you when and how the camel’s spine was broken, long ago. Some years back, when women drank the celestial gametes once in a blue moon and with grudging thanks; when virtues were really revered and men thought with their brains, not relying on their emotions; those were the periods of dexterity, reason and ako na uche.

The members of the Nigerian Nurses Association wrote to the Federal Government, appealing to her that the salaries of the United Kingdom trained nurses should be brought to a flat level with them, the locally trained nurses. They moved this appeal with great momentum and not long, the salaries of all nurses of equal cadres were made equal, slashing down the salaries of the foreign trained nurses. This was the time nurses ranked second after the doctors in the healthcare industry and pharmacists came third. I mean, in Nigeria where hierarchy is as adored as it is never a joke. There was great agitation among the Nigerian nurses who were trained abroad. Mkpotu. Noise, everywhere. And paaam, many Nigerian nurses started flying abroad. Many never returned! A good number of them became healthcare giants in another man’s land.

As this was going on, the Pharmacists were already working their ways to the top. They had also appealed to the Government that the salaries of their own locally trained nurses be made equal with those of their admirable colleagues who were trained abroad. Do you notice a difference in the thickness of the mindset here, and the muscular fibers behind political aggrandizement? While nurses clamored and downgraded their United Kingdom trained counterparts and therefore, entered service at the junior level with the Federal Government, the pharmacists thought that the locally trained nurses be paid same as their own internationally trained counterparts, therefore, entering service at the senior scale. Not long too, the Federal government granted their request and this automatically brought a great socio-economic revolution in the healthcare industry. There was hullabaloo and this led to the Elmwood award in 1968 that raised the status of nurses to Senior Officer Grade GL. 07. Many nurses would not want to hear it, but it is obvious that the pharmacists have taken our position, both in social stratification and economic buoyancy. We work our fingers to the marrows of bone and yet, paid with crumbs of dog's meat. Not just that, we are overlooked, down-looked and downtrodden. The World Health Organization says nurses' work be 1: 4 patients, but in reality, we see a nurse standing up from the beginning of her double shift till the end, attending to as many as 30 patients. At the end of the day, she goes home with a bad name and a meager pocket, believing that the god of her ancestors would do what a man cannot do.

I want us to understand one thing! This is neither the major problem nor its root. Let us start the diagnosis from the grassroots, the genesis.

In the African culture, women are of the oppressed group by dint of chauvinism and every noise it brings about. No doubt, an average African woman is as oppressed as she is depressed. She has come to build an esteem that is inferior, downgrading and debasing. Not until recently, by exposure, education and enlightenment, women are now coming up and echoing their views in far and high places. The Nursing profession in the past was totally the female career which had rubbed off all the elements and fabrics of the African culture. It would be crystal clear to say that those nurses of the old were greatly oppressed by the public and those who they worked for. They were automatic obedient nurses. Too obedient to orders and malleable, they were used and shaped into any desirous element. The nurses were too humble which is not even a virtue, but rather, a virtue turned into vice. Till today, Nigerian nurses are still wrestling with this intimidation, oppression, discrimination and marginalization. It is gradually beaming a minimal signal because of the influx of men into the profession. This is the theme of this long write-up here: 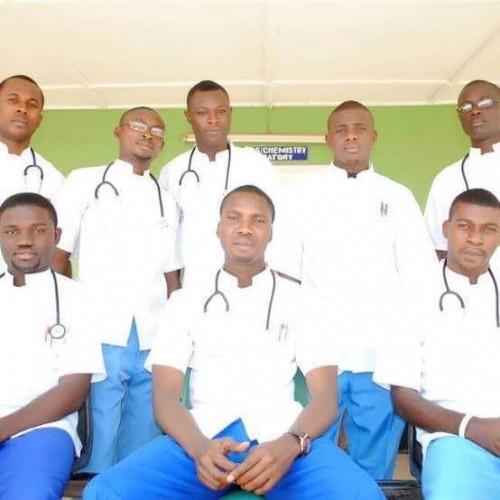 Until schools like School of Nursing, Bishop Shanahan Hospital Nsukka is ready to open doors for more men, there would be continuous cases of doctors slapping nurses (not male nurses anyway, but female nurses). Take other professionals that are dominated by men for example, do they suffer same fate meted out on nurses, almost on daily basis? There are some nurses who are in the hinterlands and are so afraid to speak up against what they are undergoing through. We heard about the two idiots, Dr. Emma and his fellow that dealt with nurses and we think the oppression happens just once in a while. We should also note that most times nurses suffer a lot of humiliation and embarrassment from their fellow nurses too. This is a pure feminist way: a senior nurse humiliating and telling her junior to stand up and make amends in the presence of Psychologists and other healthcare providers who have no value to add at such instance but to go back in their own units and begin to classify our level of stupidity. No doctor or pharmacist would give an obvious correction to his colleague in the prying eyes of people outside their inner team. If he must do that, it must be in a situation that an instant correction is inevitable; he would do it professionally and ethically that one would think he was commending his colleague. All these will never stop until the Nursing Council gives an immediate injunction that would rubbish the silly ideology that admitting men into Nursing schools would make the formation process difficult. This has been the wont of one Sr. Lionie of Bishop Shanahan Hospital Nsukka, SON in whose hands the school suffered bouts of accreditation attacks. We must be smart. We must be bold, possess the requisite attributes of manhood: agility over fragility, progression over retrogression, assertiveness over aggressiveness, especially among colleagues. Do not fight your colleague. Do not envy your colleague. When you hug her on your white uniform and laugh with her for achieving a feat, do that with a pure heart, pure as the purity of your white uniform. White is purity, remember! Scrubs are all complementary wears to what we are known on. Do not grovel your integrity to the ground by entering into the amorous room with a male colleague or doctor who is not your husband. Go to school and move on to the fore. We have not yet fully risen from the bad omen our ancestors brought to us. And for we to fully reach the stardom, we would need more men in the profession.

Break lose. Fly. Up! High, up to the fore, despite the professional oppressors!
This is thought provoking.
A must read for all nurse tutors, lecturers and teachers. In fact, this is recommended for all nurses.

Ikechukwu Ogbu is a HAPPY NURSE
Nigerian Nurses lighting up the world one candle at a time.
Top

Sports and recreations must be a mind-blowing piece to remain fit and sound all the time in our lie. It is important to keep up the state of the body. KLIM esports is doing its best supporting these games. We essay writing service sydney to likewise bolster these games to remain sound and fit.
Top

Love all of the tips and the shower is adorable! You have so many details and everything came together so cute. Thanks a lot for this article, I very interested with this published. Your post is incredibly fantastic with a lot of interesting information and impressive posting style.
Top

Users browsing this forum: No registered users and 8 guests